Sun, sand and sea on the southern Atlantic coast in the Landes.

France’s Atlantic coast is full of beaches with a world-wide reputation among water sports enthusiasts. Surfers in particular flock to the area for its high tides and the giant waves pounding in from the Atlantic Ocean that have made surfing synonymous with the Landes. With its huge sandy beaches, surfing hotspots like Soorts-Hossegor and Capbreton, its sand dunes and its forests, France’s Atlantic coast promises you a camping holiday you’ll never forget. 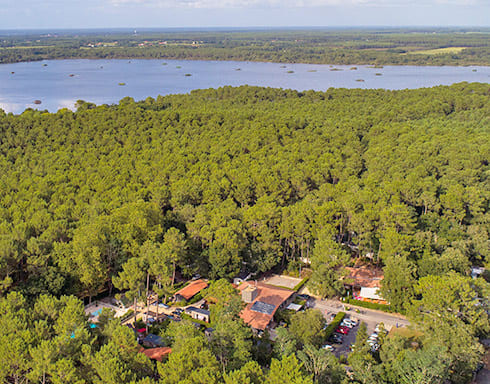 A modern, eco-friendly campsite offering modern architecture in perfect harmony with the surrounding forest of the Landes. 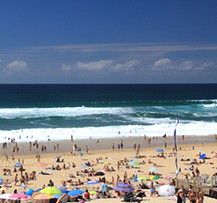 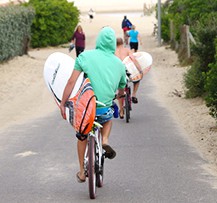 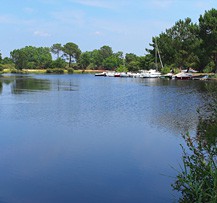 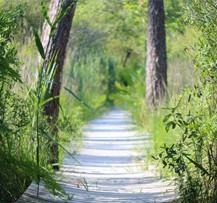 A host of outdoor activities on offer in the Landes

The fine, sandy beaches of the Landes extend along the Atlantic coast south from Biscarrosse to the French Basque Country via Mimizan, Saint-Julien-en-Born, Moliets-et-Maa and Seignosse. From your campsite in the Landes, a network of cycle paths and shuttle services will take you directly to the beaches of this magnificent coastline that extends for over 100km.

If you really want to make the most of your camping holiday, you’ll find the Landes the perfect destination, its forests, lakes and ocean creating a huge outdoor playground. Whether your prefer horse riding, cycling or water sports, our campsites in the Landes are perfect for an unforgettable family holiday.

But the Landes have much more than beaches to offer campers. The numerous lakes formed by the sand dunes offer a wide range of fun holiday activities including fishing and the chance to swim in their calm waters. There are forty or so lakes, lagoons and waterways along the Landes coast including the Etangs de Sanguinet and Biscarrosse, the Lac d’Aureilhan, the River Mimizan, the Lacs de Léon and Soustons, the River Huchet, the Lac Marin d’Hossegor and the Etangs de Seignosse.

On a camping holiday in the Landes you can also take advantage of the many cycle paths which criss-cross the area beneath the maritime pines and cork oaks of the Landes forest.

Rest and relaxation on the Landes coast

Make the most of a camping holiday in the Landes and sample some of its famed local dishes and produce:

The Landes promises a stunning array of culinary specialities guaranteed to get your taste buds tingling. A camping holiday in the Landes offers a great opportunity for visiting the many local markets and specialist shops in search of that little treat that will bring back the flavours of your holiday in the Landes when you get home.

Fun and fêtes at our campsites in the Landes

Throughout the summer, the villages of the Landes play host to a series of events including traditional fêtes and Landes and Spanish-style bullfighting. Don the traditional red and white colours of the Landes, take your seat in the bullring and enjoy the shiver of anticipation as the bulls enter the ring…

The Landes makes an ideal destination for a camping holiday close to nature under the warming sun of France’s southern Atlantic coast. With its pine forests and sandy beaches, its delicious cuisine and unusual villages, the Landes will delight all the family.