The Côte d’Azur extends in a splendid succession of headlands, islands and unusual landscapes from Cassis to the Italian border. A camping holiday on the Côte d’Azur provides a unique opportunity to visit the beautiful coastal towns of south-eastern France. Along the way you’ll find the emblematic towns and sun-drenched beaches of Saint-Tropez, Fréjus, Cannes, Nice and Monaco – the very essence of coastal Provence. 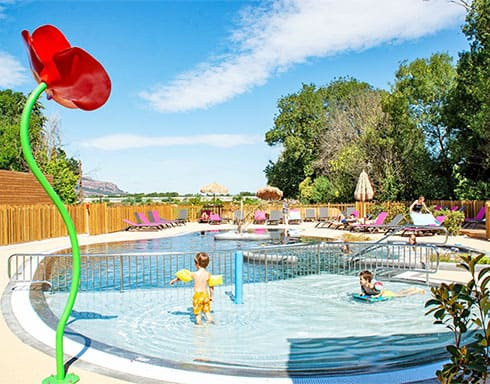 The campsite sits on the banks of a river in the medieval village of Roquebrune-sur-Argens. Far from the tourist crowds but close to the beach,... 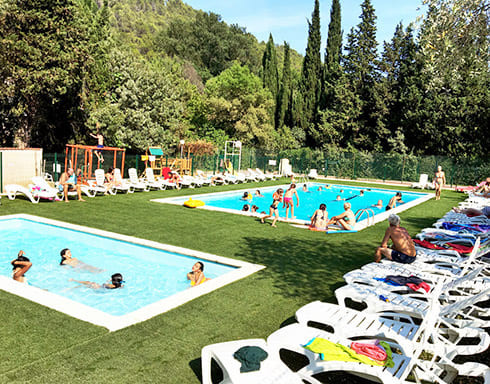 Set in the heart of the countryside, not far from Toulon, the site promises a quiet and comfortable, family-friendly holiday close to the beaches... 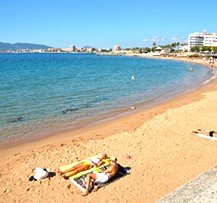 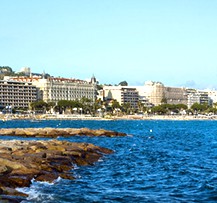 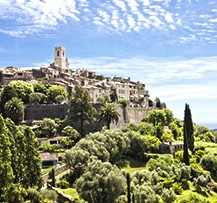 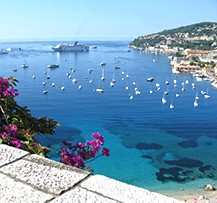 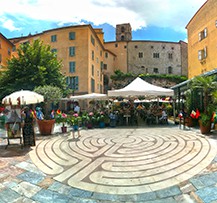 The Côte d’Azur close to Toulon and Hyères

The Côte d'Azur starts on the Var coast where the towns of Toulon and Hyères sit cheek-by-jowl with the seaside resorts and attractions of the Riviera: Bandol, Brégançon, the Giens peninsula and the Îles d'Or (Porquerolles, Port-Cros and Le Levant).

Camping in the Gulf of Saint-Tropez

Still in the Var, though the jet-setting town of Saint-Tropez remains the start attraction, you’ll also find a number of other, less obvious gems including Ramatuelle, Gassin and Garde-Freinet close to your campsite on the Côte d'Azur. On the coast itself, La Croix-Valmer offers a remarkably unspoilt landscape where the turquoise waters of the Mediterranean lap against golden beaches.

Between Saint-Tropez and Cannes, the area around Fréjus and Saint-Raphaël is teeming with magical places. Between the coast and the Provencal interior rise the surprising red rocks of the Massif de l’Estérel that run down into the blue waters of the Mediterranean. Take advantage of your camping holiday on the Côte d'Azur to visit the underwater archaeology museum at Saint-Raphaël or the old village of Roquebrune perched on its rocky outcrop.

Head out for the Var countryside from the Côte d'Azur

Our campsites on the Côte d'Azur make the perfect base for exploring the Provencal countryside, stretching from one end of the French Riviera to the other in a succession of woods, rivers, vineyards and olive groves dotted with picturesque villages. Easy to visit by car or motorbike, don’t forget to stop off to sample the excellent wines of Bandol, celebrate the chestnut at the Fête de la Châtaigne in Collobrières, take a stroll through the vineyards at Pierrefeu-du-Var or explore the hilltop village of Bormes-les-Mimosas.

Inland, the Côte d'Azur offers a rich and unmissable cultural and historical experience. Learn the secrets of perfumery amid the flowers in Grasse, France’s scent capital, or stroll through the art museums and galleries of the picturesque village of Saint Paul de Vence. With the foothills of the Alps rolling gently down to the creeks, bays and fine sandy beaches of the Mediterranean, the Côte d’Azur also offers a wealth of historical and architectural sites. Fun and fascinating, a holiday at a Flower campsite on the Côte d'Azur will leave you with memories you’ll never forget.

A walk through the mountains and garrigue shrubland of Provence

Running from Hyères to Fréjus, the low-lying Massif des Maures mountain range with its cork oaks and chestnut trees is great walking and pony trekking country. Alternatively, head out from one of our campsites on the Côte d'Azur towards the church of Notre-Dame des Anges or take a trip to enjoy the stunning views from the Giens peninsula and the Îles d’Or.

Don’t miss the chance to stroll along the sea front at Cannes, famed around the world for its elegance, style and film festival, and enjoy the view out to the unspoilt Îles de Lérins (Sainte-Marguerite, Saint-Honorat and Saint-Ferréol), which contrast so strikingly with the worldliness of La Croisette. Nice, capital of the Côte d’Azur, is another must-see destination with its impressive historical, modern, artistic and cultural heritage, not to mention its world-famous carnival.

Take a turn along the beaches at Cagnes-sur-Mer or Antibes and soak up the sun as you gaze out over the blue waters of the Mediterranean. Or head inland and visit some of the region’s historical gems including Grasse, France’s flower and perfume capital, or the charming town of Saint-Paul-de-Vence. What more do you need for a truly unforgettable holiday ?