Camping in Charente-Maritime near Royan

Royan, the Côte de Beauté and the Saintonge region.

Charente-Maritime hides some rare treasures, all with a distinctly seafaring feel. Beaches, fishing ports, pine woods and the ocean provide the backdrop to the quiet seaside towns where swimming in the Southern Atlantic and taking its invigorating air are a time-honoured tradition. Water sports enthusiasts will love the twin towns of Royan and La Tremblade, separated by a huge pine forest. A camping holiday in Charente-Maritime, well known for its gentle seaside climate and as western France’s sunniest region, promises an authentic seaside experience. 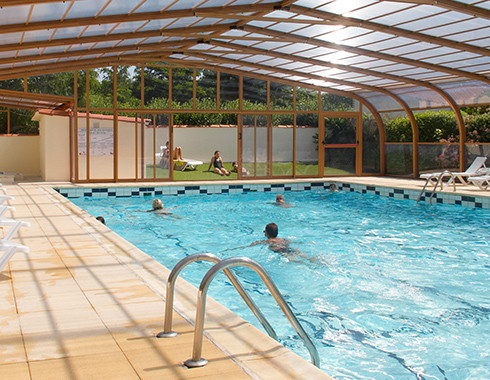 Explore the Atlantic coast and the Charente estuary from this pretty, wooded campsite. 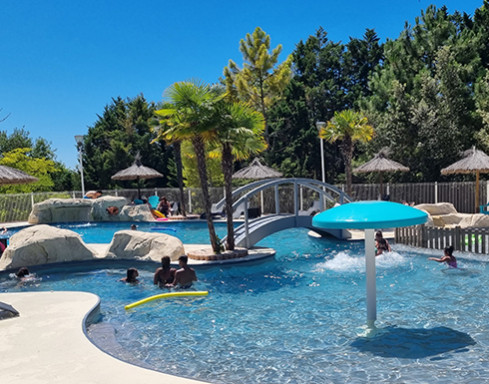 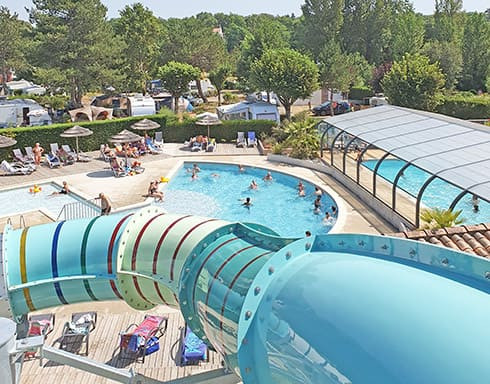 This family campsite at Vaux-sur-Mer in Charente-Maritime offers the chance to relax and explore the wealth of cultural and leisure activities... 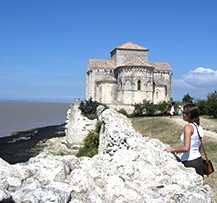 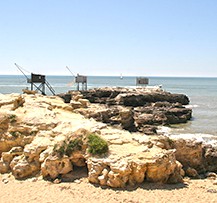 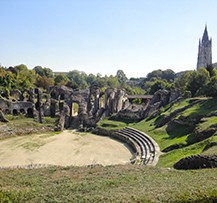 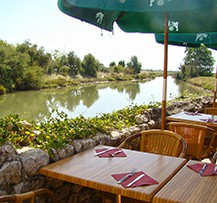 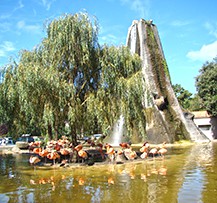 Famed for its sunny beaches and beautiful Belle Époque villas, the seaside town of Royan also offers a wide range of leisure, sporting and cultural activities throughout the year including its thalassotherapy centre and casino.

A camping holiday in Royan makes a great base for exploring the local coastline, the Côte de Beauté, and the adjacent Gironde estuary on foot or by bike.

From our campsites near Royan don’t miss the chance to visit the striking, listed church of Notre-Dame de Royan. Built entirely of concrete in the neo-Gothic style to replace its bomb-damaged predecessor, it was completed in 1958.

A camping holiday in Charente-Maritime provides a great opportunity to sample the very best of the area’s culinary specialities, including:

And just a few kilometres inland, between Saujon and Marennes, the Saintonge area offers another exceptional landscape with its lakes, rivers and marshland.

Set in the heart of La Rochelle, opposite the old port, you’ll find La Rochelle Aquarium, one of the major tourist attractions of Charente-Maritime, where you can spend a fascinating few hours discovering the wonders of the ocean’s depths. It houses more than 12,000 marine species.

A camping holiday in Charente-Maritime makes a great base for visiting the Cité de l’Huître, a museum and visitor centre dedicated to the oyster, located in Marennes in the heart of Charente oyster farming country. The Marennes-Oléron oyster is one of the jewels in the crown of Charente-Maritime cuisine.

And if you fancy something a little more adventurous, why not try a trip out to Fort-Boyard?  Constructed under Napoleon Bonaparte and accessible via one of the numerous island-hopping cruises that leave from the Charente-Maritime coast, it has returned to the news in recent years as the filming location for one of France’s most popular TV gameshows.

To the north, you’ll find the unpretentious towns of La Rochelle, Saintes and Rochefort, all rich in history. To cap it all, it is on this coastline that France’s famous Charron mussels and inimitable Marennes oysters are bred. During your camping holiday in Charente-Maritime don’t miss the chance of a trip out to one of its lovely offshore islands – the Ile de Ré and the Ile d’Oléron – for a real change of scenery in Charente-Maritime.