The never-ending beaches of the Côte d’Argent in Gironde.

The sand here seem to go on for ever… Indeed the beaches of the Landes coast are some of the longest in Europe. A paradise for surfers, they are also perfect for long, lazy days in the sun and balmy summer nights. South of the Médoc headland, the ocean has carved out the truly exceptional landscape of the Bassin d’Arcachon and the great Dune du Pilat. A camping holiday in the Gironde means the chance to explore all the varied landscapes and attractions of France’s largest department including the Atlantic with its beaches and lagoons, the rivers, forest, vineyards and countryside inland and its remarkable châteaux, towns and villages. Welcome to our campsites near Bordeaux in France’s southern Atlantic coast! 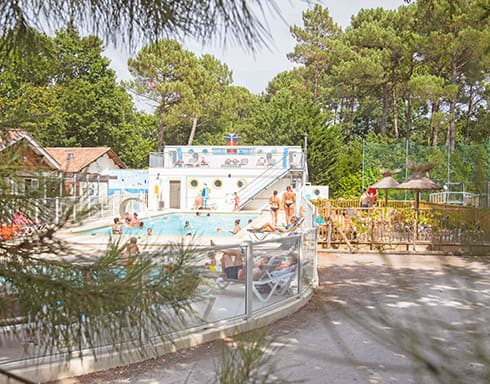 A boat-shaped swimming pool at the heart of the Bassin d’Arcachon, a unique coastal environment sheltered by Cap Ferret and the great Dune du...

Close to Lacanau in the Médoc, this Gironde campsite offers the promise of peace and quiet in a warm and sunny setting. 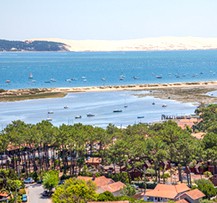 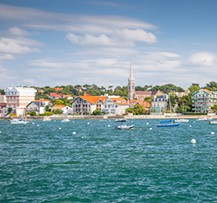 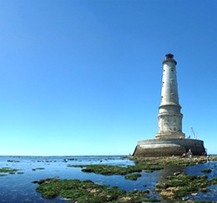 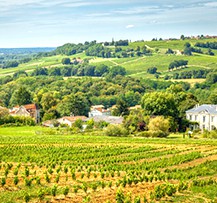 Admire the beauty of the Bassin d’Arcachon in the Gironde

A campsite close to the Bassin d’Arcachon makes a great holiday destination amid the salt and fresh waters of the Bassin d’Arcachon. Close to the famous Dune du Pilat, the Leyre river and the Cap Ferret peninsula, a camping holiday in the Gironde offers a great programme of things to do and see including just lazing around and walks on the beaches, in the pine woods and through the oyster-producing villages. Or hire a bike and cycle out to one of the many cabins that dot the edge of the Bassin d’Arcachon, where you can sample the region’s famous oysters washed down with a class of the local Gironde white wine.

Situated around the Bassin, you’ll find 10 towns and villages, each one more interesting and full of character than the last: Lège-Cap Ferret, Arès, Andernos, Arcachon, Gujan-Mestras, La Teste-de-Buch, Le Teich, Biganos, Audenge and Lanton. A camping holiday in the Gironde is like getting into a time machine and travelling to the ends of the earth. Try it, you won’t be disappointed !

The wide opens spaces of the Médoc peninsular

The Médoc peninsula is bordered by the Gironde estuary to the east, the Atlantic to the west and the Pointe de la Grave headland to the north. The Médoc offers much to see and do – quite apart from its prestigious vineyard châteaux and the Routes des Vins de Bordeaux – including the vast sandy beaches looking out to the Atlantic and the seaside resorts of Soulac, Montalivet, Carcans, Hourtin and Lacanau, all set against a backdrop of pine woods that stretch inland as far as the eye can see. Our campsites in the Gironde offer a great base for exploring the area and a wide range of activities to suite all tastes. Try:

While just a short distance inland you’ll find the Landes de Gascogne Regional Natural Park where you can explore the pine woodland on foot, by bike or by canoe on the river Leyre. A camping holiday in Gironde provides a great opportunity for exploring the Gironde estuary (the largest in Europe) where the Garonne and Dordogne rivers flow into the Atlantic providing a paradise for boating enthusiasts.

Taste the famous wines of Bordeaux and Médoc

And whatever you do, don’t get to the end of your camping holiday in Gironde without having explored its winegrowing heritage and tasted some of the world famous vintage wines produced across the region of Bordeaux. Saint-Estèphe, Pauillac, Saint-Emilion, Sauternes and Margaux are all within easy reach and open for visits and tastings.